One of the greatest ever scenes in Movie History (OK a bit blokeish, I’ll admit) is this one in which our prisoner, Paul Newman (Cool hand Luke) manages to escape from the chain gang.

I have used the Metaphor ‘keep shaking that bush’ to inspire, encourage and cajole for ever, both as protagonist and run-away. In short, those of us who run schools need to spend the predominant part of our time concentrating on ‘doing the day job’ as the ‘core mission’, the focus that brings us to work and ensures we have the knowledge, skills and authority to lead and manage well. But there are plenty of times when as ‘Lead Learner’, you need not to be leading but supporting, encouraging and provoking, in no particular order but certainly in appropriate balance. So do watch the clip – 90 seconds of your life – if nothing else so that the allusions that follow make some deeper kind of sense.

Looking across the Educational horizon at the dawn of 2014, I can see a whole lot of bushes shaking. And there are indeed sharpshooters out there, engaging our attention with ringing shots. But there are better, far-sighted people shaping and making, and it’s worth listening to what they have to say first.

For those whose schools are in the Independent Schools Association, it must be said we are indeed fortunate, because those heads stepping up to lead our members each year are providing a climate of inspiration and support second to none.  Here’s Richard Walden. ISA’s new chair welcome message of 2014 – and worth a full read first.

In 5 days time, I chair a meeting of those within our Association that lead Professional Development, to take forward our ideas and hopes for ISA’s new training centre in Great Chesterford and the training course developments alongside. If you have thoughts, however small, please email me at jtw@clairescourt.net and I’ll surface those as part of the conversation on the day.  The paper I prepared some weeks ago to help stimulate the thinking is here – http://goo.gl/XO9d4U

And for those of you that like predictions, here’s a lovely article today from the Independent, highlighting how much Isaac Asimov, the famous science fiction author, got right from 1964 – that’s 50 years ago.

After a miserable year in which both DfE and OfSTED made no friends close to me, 2014 dawned with some Christmas cheer from the office of the HMCI.  Michael Wilshaw caused the withdrawal of the 2013 OfSTED guidance, and replace it with stuff that looks ever so much closer to the ISI model we love and cherish. I rather like the fact that he chose to post on the Times Ed blog, so we don’t have to read all the guff, but can see the highlights: 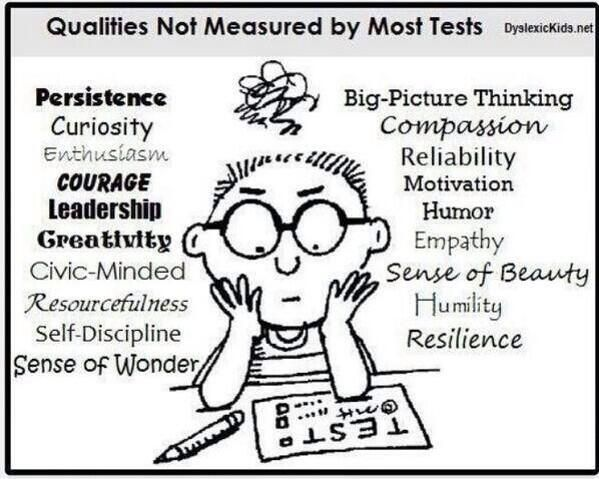 No sign of a dawn in Michael Gove’s performance; his latest appalling idea that we should celebrate the centenary of the First World war as a victory over imperialism took most people’s breath away. Here’s an antidote. There are countless public petitions going around now, with over 25,000 signatures calling for his sacking on one. What’s working for us radical, neo-liberal, 21st century educator, focus of the child types is that all the evidence coming in from the Heinz variety of world research studies is that our approach (see picture) is absolutely right.

The scientific study of complex systems is now with us, and there are indeed great Masters programmes out there now at Warwick, Erasmus, UCLA and so forth whereby practitioners can get a handle on the ‘bunfight’ that are even more bunched such as education – known as Complex Adaptive Systems – They are complex in that they are diverse and made up of multiple interconnected elements and adaptive in that they have the capacity to change and learn from experience. Over the last 20 years, when UK education has failed is when it has tried to simplify its understanding by recommending one size fits all approaches, be that for Numeracy, Literacy, Teaching of Phonics or indeed Lesson observations. It’s worth knowing that one step beyond the CAS is Chaos – ruled by Chaos theory and all that jazz.  You simply can’t just create a Mission and say that’s what we’re going to do, you have to create a culture and environment and provide 10 years for the outcome to materialise – for example Kennedy and the Moon shot. Mission statements don’t work (witness English cricket winning ashes this summer and losing them even more comprehensively 5 months on); headteachers need to have the time and the requirement to develop the whole weft-and-weave that makes for that successful whole school experience in which children thrive and grow. BTW – you might need to watch my stuff on CAS over the next year or two*.

*An old WIlding’s prediction for 2014

Education: practical maths in schools is a formula for future success says Conrad Wolfram, and he should know. Follow his thinking in this excellent Observer editorial. His views are now being turned into action in a pilot that Wolfram is running in 10% of Estonia’s middle and upper schools. He has rewritten the maths curriculum for teenagers. Pupils will be asked to answer questions such as: “Will it rain tomorrow?” They will have access to weather data and use computer programmes to give a forecast rather than a right or wrong answer. Previous readers of my blog will know that I rate Dan Meyer too – between these gents and our maths teachers, we ought to be all right in 2014. 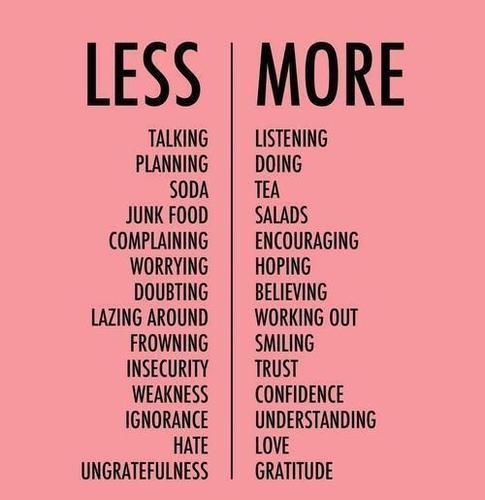 In Cool Hand Luke, there is a prison game when the eponymous Luke takes part in a prison game, whereby he eats or otherwise ingests 50 hard boiled eggs. Here’s a promise to you – I won’t do that, but here’s an opportunity you’ll find more difficult to refuse: (thanks to a great spread of such posters – see more here http://www.pinterest.com/yiayiacathy/great-quotes/ – via Viayia Cathy).

And here’s guidance (below) for your reluctant learners to say something more productive than “I don’t know”. (Ta to Jeff Dunn, www.edudemic.com)

That might be all for now folks, except that next week is BETT2014 at the Excel centre in Docklands. On Friday, for ISA Professional Development, I am running a whole day of activities up there, and ISA teachers Chris Rowan and Eric Leuzinger (CC) are speaking from the Google Stand at 10.20 and Stephen Lockyer (The Mead) at 12.30 with Google. I am with our delegation from ISA CPD all day, and speaking from the Samsung stand at 12 noon.  All largely about Cloud stuff and chromebooks. 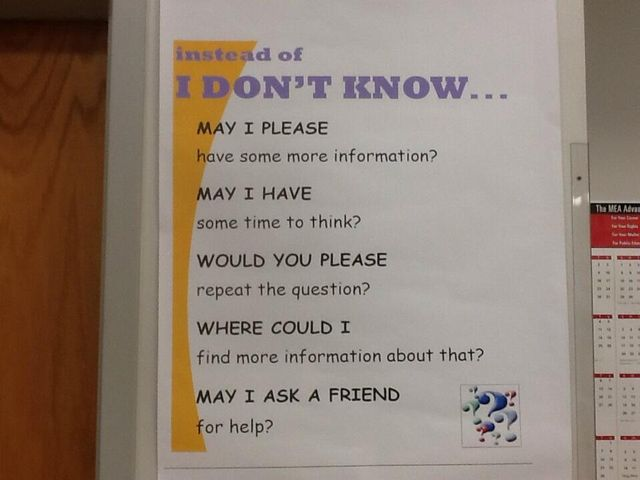 It is amazing now just how much inspiration is available from teachers who blog (hem, hem). Whether it is via old-fashioned newsletter, blog, tweet or posting via Pinterest or Tumblr, the reality is ‘there’s stuff out there!’ 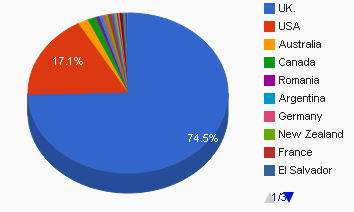 This picture shows mine, and clearly I am now ‘huge’ in El Salvador. Quite.

Much more importantly, education is now alight with the whole contribution social media is making to the debate about what works in schools. Never before has the public been able to hold those in charge accountable for their role with such surgical precision. Whether politician or paid official, 2014 sees us witness to the open challenge to those in charge more than ever before. As they say – keep shaking the bush!