Do you recall having a ‘Michael Cain’ moment, when you realised that ‘Not a lot of people know that?’ Here’s Peter Sellers inaugurating that legend – http://www.youtube.com/watch?v=hY85a15n5QY. 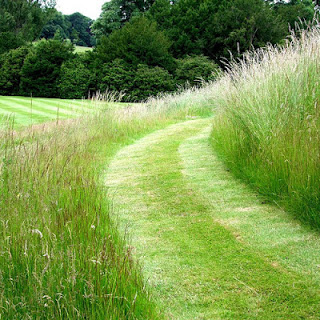 It turns out that the smell of the cut grass comes from the self-defence chemicals released by the damaged cells, known as green leaf volatiles (GLV), which carry out a whole host of functions, from repair, through antibiotic to repellents and attractants. My wondering commenced on this phenomenon on Saturday early evening, when the lure of a lovely afternoon called me out in Wilding pastures to effect the first mow of 2014. the actual process takes about 20 minutes with my 15 inch rotary, to which must be added the 10 minute ritual of coxing the aged technology into renewed action, the 15 minutes taken to refill the petrol can and the local filling station, and of course the 1 hour of recovery afterwards, lips wrapped around a celebratory ale. A magnificent job, well done, and probably unachievable by anyone else, such are the mysteries to the process (see above) beyond the wit of normal mortals. Ahem – Not a lot of people know that. :o).

In school life, this time of year is full of such pleasures, on the face of it looking forward to some better weather, sporting fixtures already enjoying the same, Easter hols now on the horizon, whilst setting about the planning for the Summer term and even the new academic year. One could be forgiven for thinking running a school is an easy thing, in paper at least. Our HR department is in full swing, seeking out some new staff to join the team, so adverts are in publication, job profiles and application packs created to stimulate interest and attract the right kind of applicants. Yet such activity is at best bitter sweet, for as with grass aromatics, timings and activities are signs of an organisation having to react to a whole host of threats and challenges. In short, Cut and Mow is what is needed, giving opportunities to re-shape and re-orientate, but the loss of existing teachers, support staff and pupils be that for retirement, graduation or to pastures new cause their own sorrow, to peers, colleagues and parents.

If GLVs did not exist, within days your newly mown lawn would be awash with fungal infections and bacterial decay, and recovery made less possible by the great stench emanating therein. What are the equivalentsof GLVs in schools? PR needs to quickly up its game, including Prize days, award ceremonies, commemorative newsletters and magazines in their remit. That personal touch from those in the know/at the top help set right impressions and give hope and certainty as needed. Footfall on the public street of school is needed to show love can care. So welcome the warming sunshine and the arrival of the light evenings and longer days – and ‘Be careful what you wish for!’

What kind of Education do we want for our country?

“For Britain to succeed in the 21st Century, we must earn our way in the world and win the race to the top, with a high skill, high wage economy. We can only build such an economy with all of Britain’s young people playing their part in making it happen.”  Introduction to the Education and Policy commission policy consultation to the Labour Party, published just now. You can access the whole paper here – http://www.yourbritain.org.uk/education-and-children-policy-consultation. I have taken to reading almost everything being published by the politicos currently, because ‘Be careful what you wish for!’ And there’s an awful lot in this short paper not to like, because it consists of a series of one liners and short paragraphs that had me spitting out my Muesli this morning. I am no apologist for the current disastrous coalition government, but I do remember that but for more than a recent decade or so, it was a Labour government in charge of education policy, which was no less Neoliberalist in approach than Messrs Gove et Al. Try the second para -Today, we have an education system that fails the ‘forgotten 50 per cent’ who do not go to university, and a politics that allows poor standards to continue in some schools. The Government has narrowly focused on what schools are called, rather than how they teach. Putting that right is the central task for the next Labour Government. That is why we will transform vocational routes for the 50 per cent who do not go to university, with gold standard qualifications, and a step change in the number and quality of apprenticeships. It is why we will prioritise what matters most in our schools; driving up standards with a relentless focus on the quality of teaching. It is only through achieving this vision that we will build on the success of the last Labour Government and allow all young people to play their part in a One Nation society and economy. A relentless focus on the quality of Teaching eh? This from the people that brought us National Strategies for Literacy and Numeracy, unencumbered by any evidence that they would work, coupled with a damning approach to classroom practice that didn’t follow the guidance. The ‘forgotten 50%’ – who they then? They’ll be the ones damned by League tables, the ones who ‘let the school down’ by not getting Level 4 at KS2, or 5 or more A* to C at GCSE and so forth. In an excellent article by Michael Barber 2 years ago, he highlighted that what the UK provides is not at all bad in terms of supporting creativity and innov

ation. That countries such as Singapore have done so much to improve inclusion of SEN over the past 10 years is a succ

ess story we could emulate. Whatever this country does for the future, it has to stop the arms race of ‘winner takes all’, for not every child ne

youth to become so indebted by age 21. Whatever the politics, we need our provision to shine for all of our children, and to include them all in our schools, because it is the whole school experience that makes such a difference for children, not just anyone part.

Grit and resilience – core to the curriculum or optional extras? 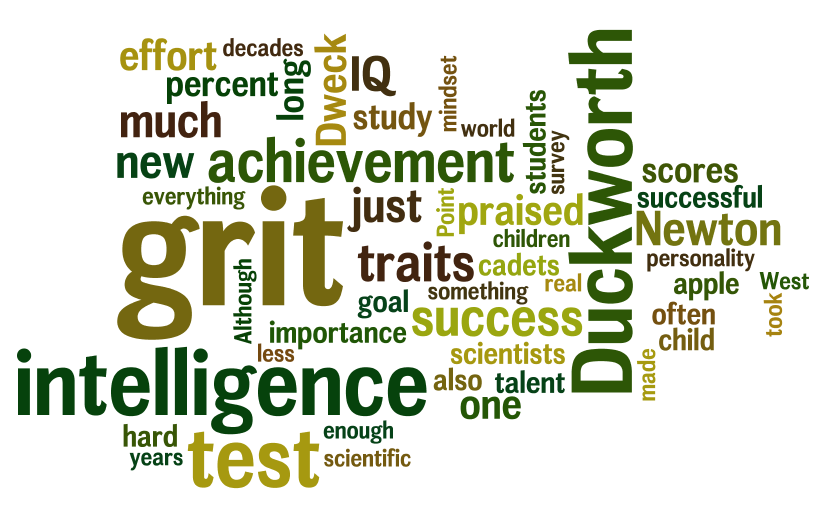 In another clash of political ideologies, our schools are to be either all about knowledges or all about experiences. In quite a nice balanced article entitled ‘Heavy Mettle’ by Richard Vaughan in the TES, he balances the arguments between the Pennsylvania’s Positive Psychology center (Angela Duckworth, Martin Seligman) and the Core Knowledge Foundation (E.D. Hirsch, Civitas in the UK). Over Michael Gove’s tenure at DfE, he has acknowledged the power of both arguments, yet has focussed actions on changing the curriculum so that it is more knowledge based, commenting last February 2013 to rid the curriculum of “vapid happy talk” and ensure pupils had a structured “stock of knowledge”.  Almost a year to the day and MG was forced to reinforce the value of Extracurricular activities when the all party parliamentary committee went live on their recommendations that schools should build character and resilience, and for training for teachers to specifically cover this area. To my mind, and knowing much of the detail that underpins the building character agenda, I’d stay open minded and true to the core principles that ensure independent schools thrive, and to the core aims of your school; Have a great offer in the curriculum, support it well through the extra-curricular, work the offer through with the school councils and Parent committees and keep focussed on the individual such that it is they and their families that really benefit.

Professor Steve Wheeler took me to the cloud in the first place, with his pioneering approach to the use of web 2.0 tools at Plymouth University.  His blog has almost an entry a day, and some of which is quite eye-opening, very much focussed on the Uni student and adult learning space. But his most recent blog, 9 March, reminds us that it’s all about the Learning. Those that follow Timbuckteeth (his twitter moniker) saw this entry retweeted time and again.  Technology is not offering any easy solutions, and if you don’t understand Learning, then it certainly won’t help at all. Is there an App for that – is not the way forwards.

When I see something new and engaging, it makes me think.  How would I use that. Amjad Ali at Cheney School curates a whole bunch of tools and ideas on this teaching toolkit and there are some arresting ideas. This picture is the Philsoraptor – what’s that all about?

As above, loved playing Strategy and other battle games when I was young, and here is a free to use Google sheets game built around those ideas, but translated for those that work in the Cloud.

Danah Boyd has written an in-depth article (Guardian 1 March) on the whole vexed issue of why teens spend hours on Snapchat and Instagram.  If nothing else, use it for a discussion point for your end of term Staff meeting.  OK, the article is a digest of her book, so something of an advertorial, but actually it’s long enough as a summary to bring thinking up to date.

I am away from my desk for the next few days, serving as an ISI team inspector. If you have anything interesting that you feel deserves airing in this on-line scrap-book, please let me know and I’ll add it to the clipboard!

”I started with the firm conviction that when I came to the end, I wanted to be regretting the things that I had done, not the things I hadn’t”.

Have a great week.