Returning our attention to our own…

One of the most important features visible in successful educational institutions is ‘good noticing’.  I was taught this in two ways, one by virtue of bitter experience when I had let something slip (often an issue in a busy life) and had to spend much time afterwards

‘mopping up’.  It’s so much better to focus on noticing things well the first time around, this playing to the old proverb ‘a stitch in time saves nine’.  Obviously, good noticing is needed almost everywhere, but its connotations can often be negative, even if the purpose is supposed to be ‘good’. Big brother CCTV cameras have come into their own in every walk of life; they have permitted us to track those involved in the recent terrorist outrages, find out where they have been prior to the events, and even perhaps arrest others associates supporters. Being spied upon often has negative connotations, and has certainly brought into a range of public workplaces such as the NHS a fear of being found out for making a mistake and thus being labelled unprofessional or worse. Here’s the Nursing times writing about that 3 years ago – https://goo.gl/D4AzCB.

The second way I learned this was through the excellent research work of Chris Watkins of the Institute of Education London, now sadly retired. Chris’ teaching definition is as follows: Noticing. This is the first step: to stimulate and credit learners with the fact that they direct their attention and that this is a key building block. It can develop further into a focus on one’s own activity: that key element of noticing what you are doing while you are doing it.

We might underestimate young people’s noticing: a teacher in a West London school put a sign up at the front of her classroom for 5/6 year olds, saying “What have you noticed
today?”. She reported back to the project group “I soon took that down!”. “Why?”
“Because they noticed so much and it took ages for them to tell me it all”.

Helping children learn how to notice things is a real art, and building in them the capacity to notice something about their own actions and ways of thinking is an incredibly important way of rapidly improving their own learning. We call such activities, thinking-about-thinking, or to use a grown -up word, ‘metacognition’. It is not that metacognition assists us to learn from our mistakes, actually far from it. What good noticing in this context permits us to do is to learn more quickly what it is that we do that leads to successful learning.  Obviously teachers notice things in they their pupils’ work all the time, but given the number of things they will notice in a whole host of children, the process of telling each child what they have noticed is both laborious and time consuming, and far less productive then enabling the child to think for themselves and rewarding them for so doing when true metacognitive activity takes place.

The trouble is for all of us is that our attention is so easily grabbed by that which is arresting, alarming or plain horrific, and we have had plenty of that in recent weeks. I’m writing this on the day after the General Election, and I can’t help but noticing that whilst Theresa May has gone to see the Queen to ask her permission to form a new government, she seems not to have won the electoral mandate she set out to achieve 7 weeks ago. It’s not that Jeremy Corbyn has won, because actually the polls show the Conservatives have won the majority vote and the most seats of all the parties who stood. What Corbyn has  brought to everyone’s attention is a whole raft of issues with regards to our current provision in public service where chronic mismatched funding and bad policy decisions are pointing to the near collapse of vital services.  T

he fact that the Labour manifesto captured every single populist cri de coeur going inevitably was going to attract the young and idealistic to their campaign.  Knowing they were never likely to get elected meant they could be as full of largesse as any, and in costing the budget for them to make the numbers look good is not the same as actually making the budget work.  Good luck to Mr Corbyn and his fellow travellers, because their good noticing of the range of deficit issues was not matched by the government of the day, who in my view so crassly underestimated the intelligence of the electorate.

Whatever the merits of the parties at the election, we can’t help but have noticed the incredible publi

c support that has risen to wash over the police, emergency and health care workers that have had to deal with such horrific events during this period. Bravery and duty are on show every day in our public services, yet all too often unseen and because of that unreported. The ‘thin blue line’ must not be permitted to get any thinner, and if there is one policy from the Liberal party I am prepared to support, it’s the increase in income tax to fund world class public services.

Anyway, it’s back to school and good noticing within for me. As a school leader, I can’t do much about that outside my remit, but if there’s a call to action all need to notice and heed it is to return to work and strive to improve.  Let’s stand up and ‘notice’ that well – to be the best we can be. 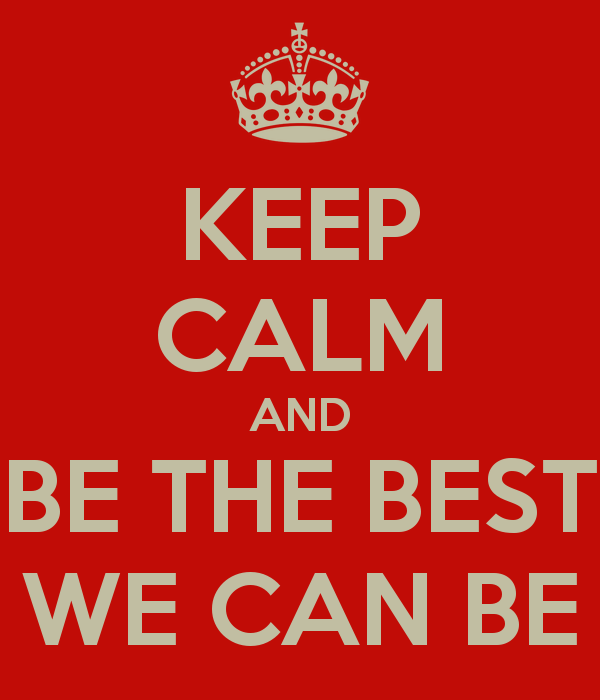 1 Response to Returning our attention to our own…