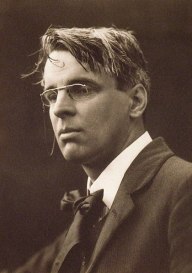 “The fascination of what’s difficult
Has dried the sap out of my veins, and rent
Spontaneous joy and natural content
Out of my heart. There’s something ails our colt
That must, as if it had not holy blood
Nor on Olympus leaped from cloud to cloud,
Shiver under the lash, strain, sweat and jolt
As though it dragged road metal. My curse on plays
That have to be set up in fifty ways,
On the day’s war with every knave and dolt,
Theatre business, management of men.
I swear before the dawn comes round again
I’ll find the stable and pull out the bolt.”

Yeats wrote this poem in the early part of the last century, at a time when his fame as a poet was world wide, but his ambition was to become renowned as a playwright; his joy of writing for the stage was clearly tempered by the experience of working with those that ran theatres and bankrolled their productions. In short, he hoped to break through the crippling need for perfectionism in the creation of his poetry, whilst maintaining both its complexity and ambiguity. As the final sentence suggests, Yeats ‘ere longed to release his creative self to write unburdened of the rules of the game.

2018 is set to be a milestone year for my work, one in which we seek to win permission to build a new campus for our school.  The purchase of the adjacent field by our Junior Boys school at Ridgeway 4 years ago reunited much of the package of land originally put together by a Mr Louis Gilau, a South African as it turns out, his own trade being that of a ‘Diamond merchant’.  During my father’s time as headteacher at Ridgeway, he would regularly suggest to new pupils and parents that they should keep their eyes peeled for any ‘lost’ jewels left behind by Mr Gillow; sadly none have turned up, so the investment we need for the new buildings will have to come from a mix of capital obtained from the sale of our other 2 sites, if possible from the building of houses on part of the estate, and from a commercial loan.

There is no doubt that that our school needs to be released from the constraints it currently faces, spread across Maidenhead and increasingly cramped by the issues of space and unequal distribution of facilities across the 3 sites.  I remember my first contact with RBWM planning officers in 1982, when they first expressed the opinion that the senior boys school site was overdeveloped for its purpose. Over subsequent 35 years, our school has grown as the town has grown, we’ve gained new accommodation and added girls into the mix. With both sets of residents in the Ray Mill and College areas keen to keep the roads uncluttered with parking, parking restrictions grow like topsy, yet we can’t bring all of our traffic onto site without reducing still further the space in which education can happen.

There remains a pressing need to increase the efficiency of our school by bringing our separate site operations together; maintaining the separation of genders for the middle part of their educational development will remain a key construct, but increasing the opportunities for social development across the genders is a growing imperative, one not just for this school but for the wider community.  It’s fascinating to see the success our partnership sports organisations enjoy doing just the same, be that in Athletics, Cricket, Hockey, Rowing, Rugby, Sailing or Tennis.  There is an intensity of engagement required to maximise performance, but at the same time, a need to ensure rest and recuperation within the wider community.  I’ve noticed this most recently with our elite performing Tennis players, who work jointly with us and Delgado and Lee’s Pro Tennis Academy, Living Tennis, at Bisham Abbey.

Developing Tennis players need upwards of 20 hours a week of ‘Court’ time (20 hours on court as well as at school), but clearly other skills and talents need to be developed alongside, and not just those within a narrow academic programme. Rubbing along in a much bigger school assists those players to accept failure is a normal part of learning, permits them socialise with others,  above all helping build a sense of mutual respect despite differences.

It has often been said that Education is the most complex of all human activities, given that all the moving parts are living organisms, capable of their own independent thoughts and with their own idiosyncratic ambitions.  It’s clear that such a description can be given to the methodology that underpins making planning application as well, because all those component parts consist of human entities, with their own hopes and ambitions as well. I have every hope that this author will not feel like the ‘colt’ in Yeats’ poem, forced to ‘shiver under the lash, strain, sweat and jolt’ as if pulling the broken stone required for road-making.  Perhaps in 12 months time, I will be able to report on the outcomes from the process I outline above.

In the meantime, I bid you (perhaps as W.B Yeats would) “Sláinte mhaith” for 2018, and in the light of the other many serious negotiations going on in England over the next 12 months, mix the metaphor with this very Royal message! 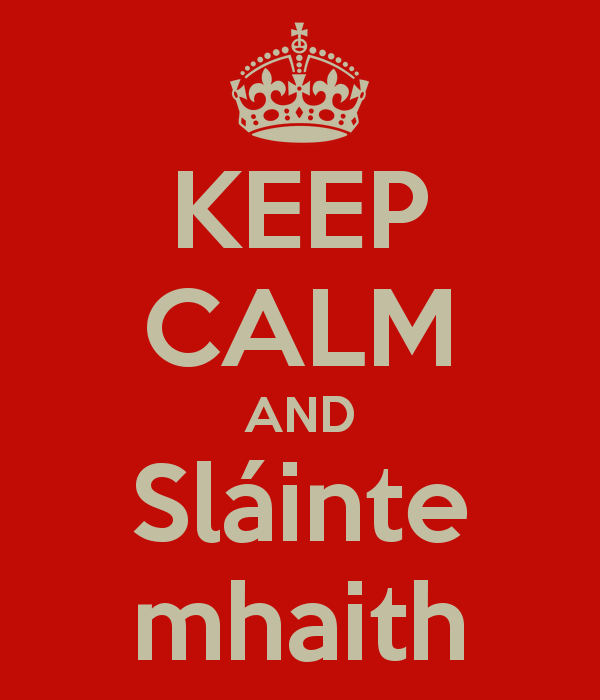 1 Response to The Fascination of What’s Difficult – W.B. Yeats