Posted on December 2, 2013 by jameswilding

The Leaning Tower of PISA

There is an awful lot going on in education at the moment, and that’s throughout the world. Tomorrow Tuesday, we all get to be beaten up a little more when the OECD/PISA people declare the rankings of the world’s teenagers as seen in tests for 15 year olds. There are of course more articles than ever before about how a non -standardised set of tests can hold governments across the globe in thrall. Some are in favour, and some against. The most level headed just worry, because for example here in the UK, whatever the stats, they fear that the government will use them to justify their expressed position. http://goo.gl/Z7QFbr takes you to a balanced article by Peter Wilby in last week’s Guardian.   But make no bones about it – the PISA results are leaning on everyone pretty heavily this time round. What happens for example if, Finland’s (everyone’s darling) results drop…?  If you don’t want balance, and enjoy reading Professor Heppel on this stuff, here he is: http://www.heppell.net/pisa/ 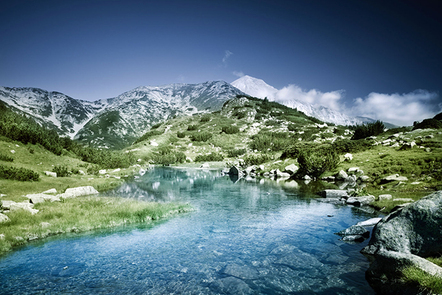 This week, the Best of British Universities launched their Massive Open Online Course programme, known as Future Learn. The picture illustrates the INTRODUCTION TO ECOSYSTEMS – THE OPEN UNIVERSITY,

and as the advert says “Gain an understanding of the natural world and how the web of life works, with illustrations from around the world”. And there’s a great video highlighting what the course has to offer. I love the fact that the voices are mainly from this side of the pond. It’s a 6 week course, 3 hours a week, and if I wasn’t working, I’d hop on board.

You can read about all the new courses starting just now – https://www.futurelearn.com/coursesSo just in case you have missed all the rhetoric, these MOOCs are appearing all over the world, mainly free for students to pursue, and I guess very much vanity advertising from the leading muscular graduate centres of excellence.  So many people want to say they have ‘studied at Harvard’ that more people have signed up for a Harvard MOOC this year than have ever been to the University proper. But just in case you thought you had things under control, Harvard have now opened their SPOC courses.  These are Small Private On-Line courses, developed by those colleges in the US that went MOOC early, and now recognise they could test the water for smaller, focussed and paid-for private courses, on-line of course so access is easy if you don’t live nearby.

In 1922, Thomas Edison declared, “I believe that the motion picture is destined to revolutionize our educational system and that in a few years it will supplant largely, if not entirely, the use of textbooks.”  Well Mr Edison could not have been more wrong, and actually no-one is predicting that for face-to-face University courses this time around. We are seeing a huge intellectual outreach now, because these higher seats of learning can, because technology enables it and because if they don’t they could be left behind. As Sean Coughlan, BBC News education correspondent writes today – these kind of feel like Russian Dolls in Education – one sitting inside another. 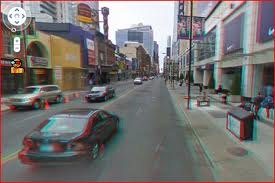 I have had some real fun over the weekend, playing with PREZI and Google Maps. You can see the outcome here – it’ll not really make any sense, but I like the way you can place a Google Map at the base of the presentation and tell a story by placing objects and signs and pictures on top. I discovered in addition that Google Street view how has 3D – that’s opening up a whole new strand of innovation possible, but for what purpose I have yet to work out.

The point of the assembly was a mix of tech, events and programming bits and pieces. The old teacher shown was Mr Radford, my first Maths teacher and later, my first headteacher. All the graphics were found by searching the Web, a real startling example of the view that ‘once it’s out there, you’ll never get it back’. The 6th Form party from 10 years ago is a hoot – Taplow cricket club if I am not mistaken. And the final web browser thing is a small joke I made at my audience’s expense. I suggested to them that past pupils rather than leave the school, can end up in your browser bar as an App, and they can code for you extensions such as ‘The Hub’ and ‘The ISANet’. The former pupil concerned is Joe Reeve, who visits now on Thursdays to help senior boys learn how to code Apps, and here is one he wrote that you can use to add the ISANet as an App extension to your Chrome browser.You just have to click on it when in Chromebrowser and it will add it as an Extension to pop open from your browser bar when you want.

The Visuwords Graphical Dictionary and Thesaurus

This is a really neat spiders web of a Dictionary meets Thesaurus meets Mindmap – lots of fun – http://www.visuwords.com/fullscreen/ Try typing in words and see the maze of outcomes, and the treatment of same in really good linguistic ways.

They say that “We’re a home for everything from films, games, and music to art, design, and technology. Kickstarter is full of projects, big and small, that are brought to life through the direct support of people like you. Since our launch in 2009, 5.3 million people have pledged $900 million, funding 52,000 creative projects. Thousands of creative projects are raising funds on Kickstarter right now”. Who had ever thought they’d try to fund an interactive game in a virtual world based on the Novels of Jane Austin – well really. Here’s the video cartoon animation thingy.

And finally, the Interactive Advent Calendar

http://www.advientos.com/ have a free build-your-own one to send to your friends.  Probably still got time for one now if you get building one quickly!

All being well, I’ll be back in print next Monday. In the meantime, let me know if you want any specific aspect covering and I’ll see what I can do.